After a catastrophic driving error at Paul Ricard that Charles Leclerc will want to forget in a hurry (but is more likely to live long in the memory), he and Ferrari now need to be flawless.

For the remaining 10 races of the 2022 Formula 1 season they can afford not one more driving error, mechanical failure, dithered team order or strategic blunder. Just one more slip up and the championship will surely be Max Verstappen’s. 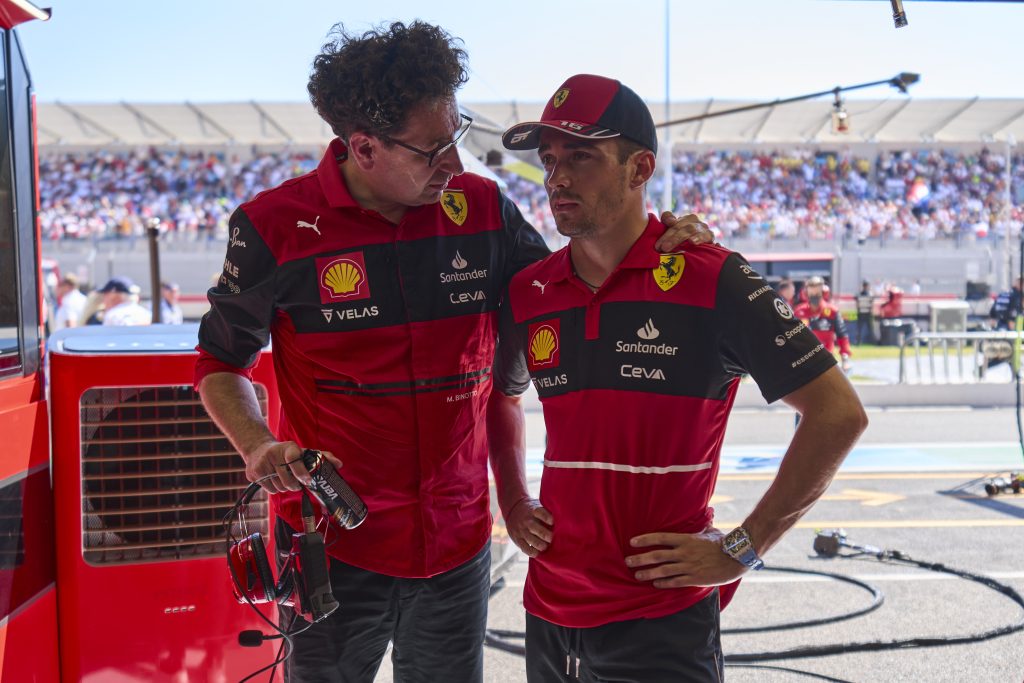 On the evidence of the first half of the season, during which Ferrari and Leclerc started from pole position seven times but won only three races, it seems a tall order. Too many times the Monegasque and the Scuderia have thrown away crucial points in their fight with Verstappen and Red Bull, a combination that ticks along as consistently as a metronome. With seven wins to his name already, the reigning World Champion has a commanding points lead.

Ahead by 63 points, Verstappen almost finds himself in that most luxurious of positions, even before the summer break, where finishing second behind his closest rival for every remaining race of the season will be enough to secure the title. But Max isn’t the sort to settle for the runner-up position and he heads into this weekend’s Hungarian Grand Prix the favourite to head home again with the biggest trophy. Or does he?

Because the Dutchman has never won at the Hungaroring before and at a tight, technical track that provides precious few overtaking opportunities, pole is paramount – and in that regard, it is Leclerc not Verstappen who has been outstanding so far this year. The weather is likely to play a role too (like it did last year and as the unfortunate Verstappen will well remember) with rain expected for qualifying and a slim possibility during the race.

Ferrari’s Carlos Sainz looks a stronger rear gunner than Red Bull’s Sergio Perez, which could be decisive. And the Mercedes pair? The team isn’t expecting to be on the pace of the front runners in qualifying, but the race is another matter and nobody goes better at Hungary than Hamilton (he’s won the race six times in 10 years). Predictions? After Esteban Ocon won here for Alpine last year, I’m not even going to bother.

More Blog
Back to Stories >
1

This is, of course, the Taycan for which we, the Porsche bores, have been waiting. We’re that tedious tribe who’ve been telling you for years why a base 911 Carrera is soooo...

Good, for a girl…

The speed picks up as we reach the bottom of the hill and we quickly start climbing again. Unlike my unsuspecting passenger, I know what lies ahead. We are now going up the last hill...

It’s strange how much you can enjoy certain cars even without even driving them. I consider myself someone who’s fairly insensitive to a car’s appearance...

There were all the usual GT3 Porsches and mid-engined Ferraris, but also a Dallara Stradale, a Porsche 962 and a Jaguar XJR-9 (both of which raced at Le Mans)...

We’re head-butting the pit lane limiter right up to a few feet before the mechanic’s feet. The 720S GT3X comes to an abrupt stop, splitter to toe, and Euan Hankey instantly kills the engine...

The new era of Formula 1 is off to a great start. We’ve had two fantastic races to get the 2022 season underway and it’s exactly what the sport needed to kick the hangover...

This website uses cookies to improve your experience while you navigate through the website. Out of these, the cookies that are categorized as necessary are stored on your browser as they are essential for the working of basic functionalities of the website. We also use third-party cookies that help us analyze and understand how you use this website. These cookies will be stored in your browser only with your consent. You also have the option to opt-out of these cookies. But opting out of some of these cookies may affect your browsing experience.
Necessary Always Enabled
Necessary cookies are absolutely essential for the website to function properly. These cookies ensure basic functionalities and security features of the website, anonymously.
Functional
Functional cookies help to perform certain functionalities like sharing the content of the website on social media platforms, collect feedbacks, and other third-party features.
Performance
Performance cookies are used to understand and analyze the key performance indexes of the website which helps in delivering a better user experience for the visitors.
Analytics
Analytical cookies are used to understand how visitors interact with the website. These cookies help provide information on metrics the number of visitors, bounce rate, traffic source, etc.
Advertisement
Advertisement cookies are used to provide visitors with relevant ads and marketing campaigns. These cookies track visitors across websites and collect information to provide customized ads.
Others
Other uncategorized cookies are those that are being analyzed and have not been classified into a category as yet.
SAVE & ACCEPT